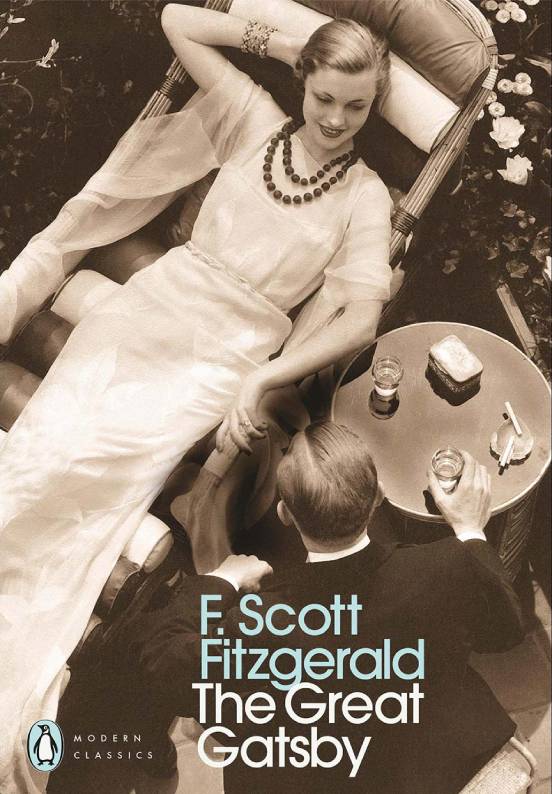 If the photograph looks familiar, it may be because it also graces the cover of Amor Towles’s recent best-seller Rules of Civility. (For the record, the photo is A Woman in a Chiffon Tea Gown in a Chaise Longue and was originally published in Vogue magazine in 1932.)

It’s undeniably a glamorous photo, featuring some perfect tailoring and spectacularly parted hair. The author and title are set in a tightly line-spaced, sans-serif, allowing the lowercase and uppercase Gs to subtly abut and suggest the titular moniker.

The Great Gatsby was set in 1922, so the photo is off by a full decade. Also, the cover lacks even a whiff of tragedy.